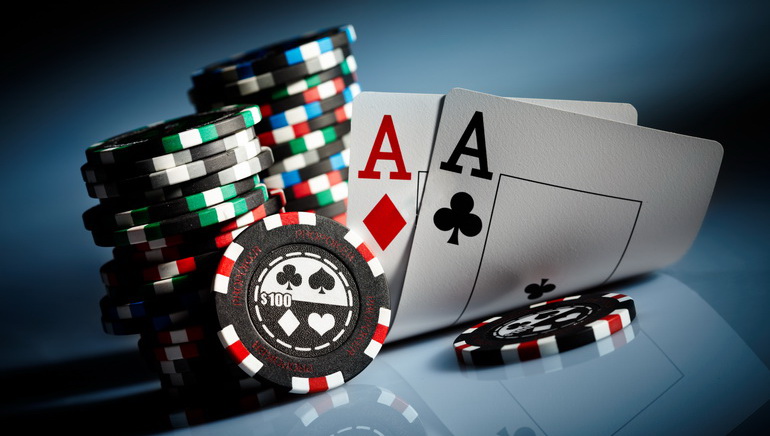 PokerStars is today synonymous with online poker, but the story began almost two decades ago when the company was founded in 2001. They were the driving force behind the World Championship of Online Poker and run some of the best paying online tournaments. Irish players can enjoy different types of poker on their platform at cash games and sit’n goes on both real currency and play money.

PokerStars games are powered by their proprietary high-quality software which is updated often to remain competitive. It is perfectly suited for the small displays of smartphones and tablets powered by Android and iOS operating systems. Players can download the specialized app on mobile for free and use it to load the account with cash and access all the features available.

Texas Hold’em is the most popular game available here in both limit and no-limit hold’em version. Players have the option of trying other varieties such as Omaha, Seven Card Stud, Seven Card Stud 8 or Better, 5 Card Draw, 2-7 Draw, Razz, HORSE and Badugi. With a community of more than 50 million players, PokerStars tables never run out of action and players can find opponents 24/7 at variable limits.

The poker room has created the perfect environment for both casual and veteran players, so members can play within bankroll. PokerStars runs sit-n goes round the clock and prepares players for the challenges specific to the final tables of major tournaments. Such events are hosted on a weekly basis and the biggest ones are traditionally scheduled on Sunday. Anniversary events have granted the Sunday Millions a place in the Guinness World Records and millionaires are being made every week.

PokerStars bonuses are offered to new members in the form of introductory offers and to existing players as VIP Player Points. These allow them to move up the ladder and unlock progressively better rewards as they attain VIP membership. In between, occasional and recurrent promotions keep the enthusiasm alive among regular players, by providing them with the motivation to persevere. All are subject to strict terms and conditions that players need to read and accept before they apply for such bonuses.

PokerStars deposits are processed instantly and cash outs don’t take longer than 7 business days for any of the payment methods available. Credit, debit and prepaid cards can be used to transfer money in and out securely and without having to pay any commission. Customer support is highly professional and assistance is delivered 24/7 by email, live chat and phone by specialists who speak several languages.