Why Everyone Should Visit Beautiful Ireland 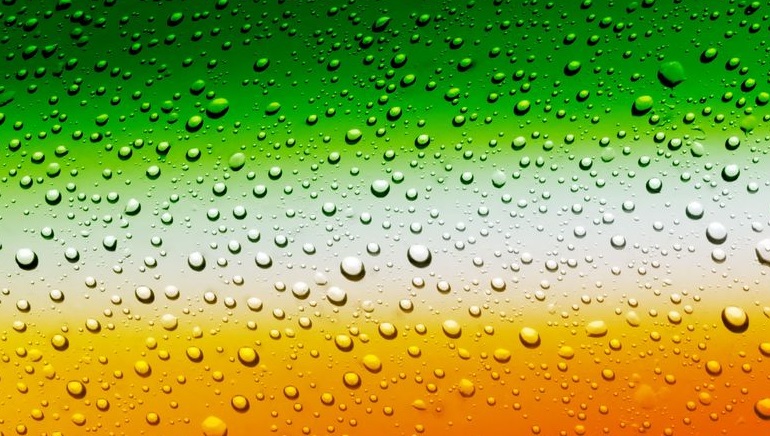 We have all heard the folklore from Ireland. We are familiar with the stories of Leprechauns and the Green Clover Leaves. Famous for their good beer and friendly hospitality. Being in an Irish crowd you can’t resist laughing and you can’t forget the delicious side dishes. Their krumpets leave you lusting for more.

From it’s beautiful nature to its large lakes, Ireland has been known to captivate those who visit its land. However, how do you decide on what to do and where to go? What is fun and what is not is a question many of us ask regarding this mysterious land.

Since we are speaking about Ireland, here’s a few reason’s why you should definitely include Ireland as part of your travel plans this year.

It’s rather impossible to find someone in Ireland disliking beer, it’s the nation which became the forefathers to one of the best beers around the world. Very few people of the legal age who visit Ireland leave without trying the Guinness Beer.

On the other hand, if you’re in Dublin you should definitely pay a visit to the Guinness Brewery Showroom.Where they celebrate all their best exports, in a Guinness glass shaped atrium. A 7-floor tour offers you from the history till the Gravity Beer above. The Gravity Bar on the 7th floor which is also the top of the pint offers one both a beautiful 360degree view of Dublin as well as a complimentary beer.

All you would need to do is to relax, enjoy the view and savor the taste of the beautifully brewed beer.

Ireland is famous for its festivities, from its horse racing festivals and St.Patrick's Day Irish people are known to throw an amazing festival. Part of the Irish culture is to have fun and enjoy living hence all you can do is be part of the culture. All year around there’s definitely festivals that suit your style hence we’ve included a list of festivals that you can definitely enjoy.

One of the festivals that would catch one's eye would be the Dublin Theatre Festival. The Dublin Theatre Festival is sponsored by the Ulster Bank which takes place during September and October annually. It’s been going on for about 60 years now since being established by Brendan Smith in 1957. Brendan Smith who operated Olympia Theatre in Dublin which makes it the oldest dedicated theater festival in Europe. However, since then it’s grown to stage the world's greatest artists from Seamus Heaney to Neil Jordan.

Another Festival that you could indulge in would be the Galway Arts Festival, which takes place annually during July. Each year featuring more than 400 writers, artists, performers and musicians from all around the world; it’s an amazing sight to be in.  Finally, if you enjoy comedy and a great laughter then the Kilkenny Cat Laughs will definitely spark your interest. Featuring one of the tops and upcoming talents from Ireland and other neighboring countries it’s celebrated in June during the Bank Holiday, giving an opportunity to share a laughter with your fellow Irish mates.

Ireland is known to be one of the most liberal countries about gambling. Being one of the best places for the gambling industry and casino, Ireland hosts both interesting and fun games. If you traveling to Dublin be sure to keep a keen eye on the casino’s you might find some amazing games to indulge in.

You’ll also be able to indulge in the horse racing scenes where the best horse wins. Similar to the English people, Irish do enjoy their fair load of bettings and horse racing too. Hence, if you’re planning to bet on something it’s best to get the opinion of a local.

Dingle is definitely something that you wouldn’t want to miss. A perfect tourist destination where you would be able to witness both old Irish characters with the stunning natural beauty of the Dingle Peninsula. The town of Dingle sits on a natural harbor at the foot of the Slievanea mountain which is now a lively combination of shops, pubs, and restaurants. Everything with its distinctive Irish characters.

While many never knew this, the Dingle Peninsula is the most westernly point of both Ireland and Europe where one can experience its amazing beauty with the harsh and horrendous weathers of the Atlantic Ocean. The stunning Blasket Island is situated just off the coast of the Peninsula and one can definitely catch a glimpse of it from the mainlands. The Blasket Island is known as the fishing Island, discovered by fishermen in 1953, it became an identity for that region.

While Dingle became the spot for various tourist attraction, the one that captivates the most would be Fungi the Dolphin. Fungi is Ireland's most popular sea inhabitant that provides daily entertainment for tourist on the Fungi boat trips. The tour operators or guides are extremely confident that they provide you a money back guarantee if you couldn’t find one. A rare species, which has now become one of Ireland's greatest attributes.

Ireland is a country filled with nature, beauty, culture and entertainment. One traveling through that land will eventually learn to adapt and enjoy the love of life Irish people have. However, never ignore that amazing pint of beer you’re offered in the cities you’re visiting you might bring upon you bad luck.