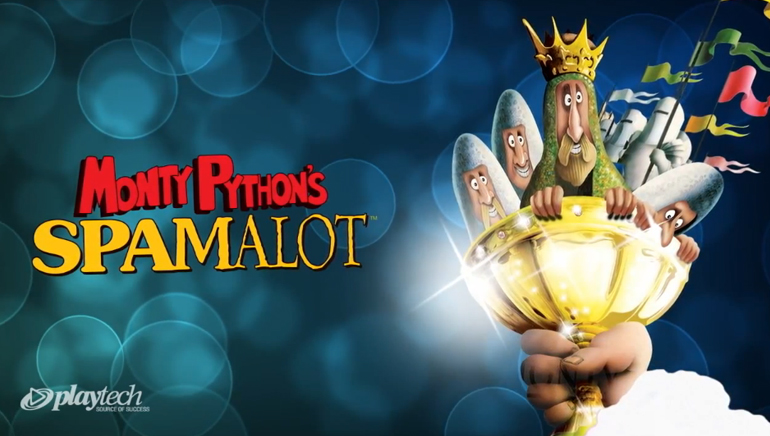 Many reports have come in claiming that Europa Casino's progressive jackpot room has gotten quite steamy over the past few weeks. Very quickly the reason was unveiled: The jackpot in the popular Monty Python's Spamalot progressive has soared to a crazy sum of around $2.5 million.

Monty Python's Spamalot is one of Playtech's most popular progressive jackpots, not surprising as it is based on one of the funniest musical comedies of the 20th century. Spamalot turns the hilarious musical based on "Monty Python and the Holy Grail" into a 5-reel, 20-line video slot featuring four bonus rounds, freespins, voice-overs from John Cleese and wins up to 5,000 x players' line bet.

Monty Python's Spamalot four bonus rounds are heavens for the British troupe's fans, bringing to life the funniest acts from Monty Python's humorous interpretation of Arthurian tales. The bonuses are activated when the corresponding symbols show up on reels 1-5. Expect to meet the dismembered "it's just a flesh wound" black knight, the knights who say "ni!", and to try and capture the famous killer rabbit for big wins.

Other than Spamalot, Europa Casino has many progressive jackpots and slots with some serious loot to share. Just last month, Steven M. from the UK cashed in a whopping sum of £121,465 while playing The Six Million Dollar Man – that's around $202k!