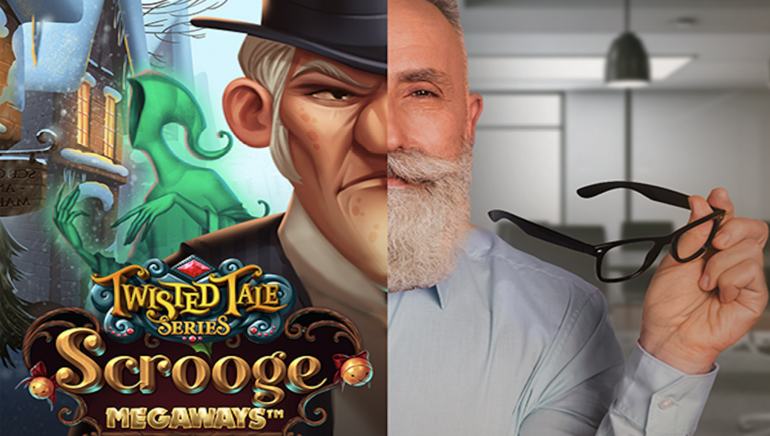 iSoftBet has a tradition of releasing eye-candy games with fascinating visuals and immersive animations. The software developer has produced many themed slots, with Christmas games always meeting and exceeding expectations. 2021 won’t be any different, as the company has announced the release of another themed slot called Scrooge Megaways. The game is the latest installment in the celebrated Twisted Tales collection, which draws its inspiration from iconic fictional stories.

Every game in the Twisted Tales met the high expectations set by its predecessor. Scrooge Megaways is likely to exceed them because it brings something new and irresistible to the table. The latest slot will incorporate the Hold & Win and Megaways™ mechanics which are immensely popular among online gamblers. Just as the name indicates, the slot has its story centered on Ebenezer Scrooge the sad protagonist of A Christmas Carol, the classic novel by Charles Dickens.

Those who are familiar with the story will appreciate the fact that the symbols populating the reels are in accord with the theme. Scrooge Megaways is set in a dark and ominous London, while the symbols depict top hats, turkeys, chains as well as the miserable character. With a massive 117,649 ways to win and two in-game modifiers that are randomly triggered, the slot has a lot to offer. In this regard, it is a proud heir of the Hot Spin Hot Link, Brides of Dracula, and Moriarty Megaways™ slots developed by iSoftBet.

The Christmas theme and the visuals are guaranteed to increase the appeal of this new slot from iSoftBet. The high return to players and the number of winning combinations, as well as the special features will keep players coming back for more. One of the most exciting features is the Hauntings of Christmas, as it can produce additional scatter symbols or a Max Megaways™ spin. The latter is the gateway to the maximum number of winning combinations, therefore the biggest win possible.

To trigger the Scrooge Respins bonus round you would have to discover at least five scatter symbols. Each of them will have a fixed multiplier value, so winnings are increased and each new scatter symbol will produce three respins. During these bonus rounds, the multiplier displayed at the top of the real can greatly enhance winnings, while jackpot scatter values increase winnings by 10, 25, or 50 times. This makes of big potential winnings and exciting bonus rounds should ensure the success of iSoftBet’s slot.

Blackjack vs Poker – Choose the Best Card Game for You

Which Online Casino Games Have the Best Odds?

A Four-Leaf Clover Bonus from Vulkan Vegas to Players